Answering a growing demand for radiation dose reduction in cardiac CT scanning, GE Healthcare announced the release of ?SnapShot Pulse? at a national meeting earlier this month. This advancement in technology will achieve up to an 83% reduction in the patient?s radiation exposure as well as improve image quality. Los Angeles CT Scan expert explains.

The average American?s total radiation exposure has nearly doubled since 1980, largely because of CT scans. Medical radiation now accounts for more than half of the population?s total exposure; it used to be just one-sixth, and the top source was the normal background rate in the environment, from things like radon in soil and cosmic energy from the sun. But CT use continues to soar. About 62 million scans were done in the U.S. last year, up from 3 million in 1980.

Los Angeles CT scans became popular because they offer a quick, relatively cheap and painless way to get 3D pictures so detailed they give an almost surgical view into the body. But they put out a lot of radiation. In a few decades, as many as 2 percent of all cancers in the United States might be due to radiation from CT scans given now, according to the authors of a recent report in the New England Journal of Medicine. A CT scan of the chest involves 10 to 15 millisieverts (a measure of dose) versus 0.01 to 0.15 for a regular chest X-ray, 3 for a mammogram and a mere 0.005 for a dental X-ray. The dose depends on the type of machine and the person ? obese people require more radiation than slim ones ? and the risk accumulates over a lifetime.

Cardiac CT scanning Los Angeles has, in the last few years, has been increasingly become part of the diagnostic armamentarium available to cardiologists in their quest for an early and accurate diagnosis of heart disease in selected patient populations. Radiation exposure from these studies is nonetheless significant, and should always be discussed with the patient in the context of risk versus benefit. Unnecessary tests should be cancelled, breast shields should be made use of, and the latest technology that permits diagnostic quality studies while minimizing radiation exposure necessary to produce them should be utilized. On this last note, GE?s ?SnapShot Pulse? is only the latest in what appears to be a continued effort by the industry to evolve the technology to minimize radiation exposure in the cardiac CT field.

Mason Weiss, M.D., FACC, FSCAI, is a triple board certified physician with
certification in internal medicine, general cardiology, and interventional cardiology. He has practiced medicine for 23 years and is a physician partner with the highly regarded APEX Cardiology team of physicians located at 501 East Hardy Street, Suite 200, Inglewood, California 90301

Get A Strong Heart With Balance Ball! 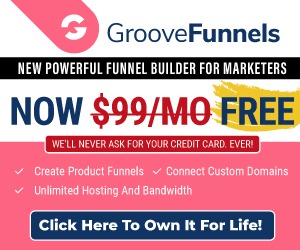